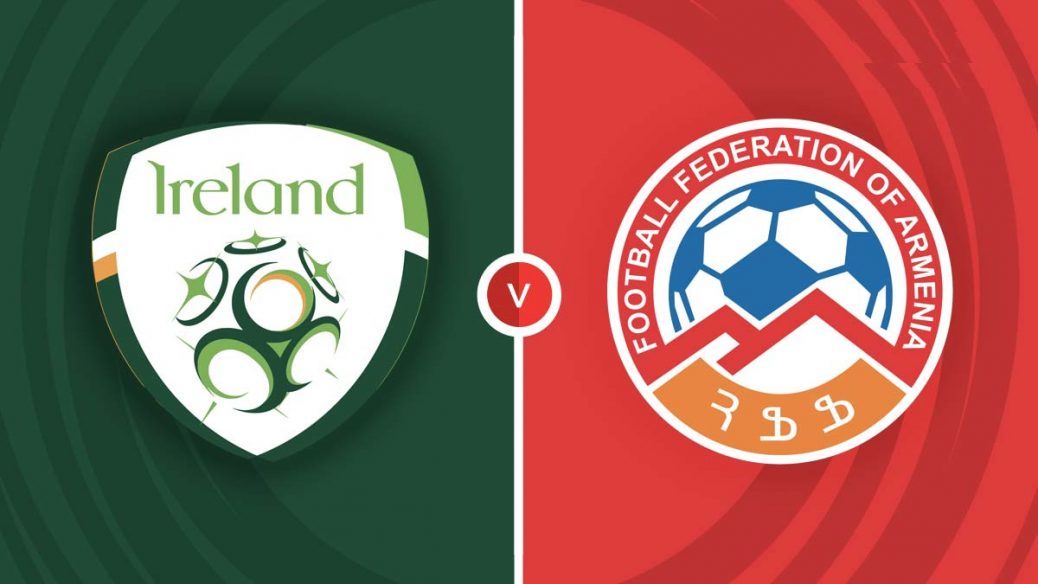 Ireland entertain Armenia in the UEFA Nations League this evening, the home side knowing that a draw will be sufficient to keep them in League B.

Ireland have their UEFA Nations League fate very much in their own hands when they host Armenia in Dublin tonight, however the visitors head to the Irish capital knowing that a win would ensure their continued participance in the second tier and in the process send their opponents down.

Ireland have been far from impressive in this season’s tournament with just four points collected from their five games, however each of their defeats have come by single goal margins.

Nevertheless Ireland’s defeat to Armenia in the away match meant that Stephen Kenny’s men were playing catch-up in a group which they will have been confident of winning. Indeed, following that surprise victory, the visitors will have every confidence that they can grind out another win in Dublin tonight although to be fair it would represent a massive turnaround after their 5-0 thrashing at home to Ukraine last time out.

Since their win over Ireland back in June, Armenia have lost four on the bounce with fourteen goals conceded during that time. This only goes to highlight the undoubted magnitude of their win in the reverse fixture although in fairness we don’t envisage a repeat of that success in the Irish capital tonight.

Kenny will be making at least one change for tonight’s game with Josh Cullen absent due to a one-match ban on account of his receiving two yellow cards. The only alteration from Saturday’s outing will be Jeff Hendrick or Alan Browne who will be drafted into central midfield while at right wing-back, Matt Doherty is set to keep his spot.

From a betting perspective

Unsurprisingly, Ireland are huge odds-on favourites for this one and we envisage them securing all three points in this pivotal encounter, the bookies going a general 1/3 on a home win. Group minnows Armenia are out at 9/1 while most firms go 10/3 on the spoils being shared in Dublin tonight.

The Irish have conceded in all-but-one of their five UEFA Nations League matches and while we expect them to get the better of their opponents tonight, the best value lies with backing a home win and both teams to get onto the scoresheet.